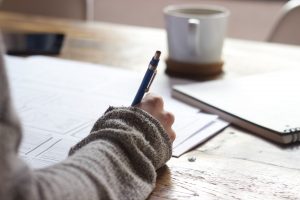 January has been a busy month, as I’m preparing to start a new Post Grad course soon.  I love learning and am excited to be moving on to a new chapter,  but getting ready for it has taken priority in the last few weeks.  Which also means that my usual routines have gone astray recently,  and this got me thinking.  How do we deal with the downside of reaching up?

In an ideal world, we’d be able to do all the things in ample time. But in reality, juggling work and family commitments leaves us with little spare time as it is.  So when we add in another big project, whether it’s studying or working on another personal goal, somethings gotta give.

And for me recently, it’s been the time I would usually spend on myself, whether it’s exercise or meal planning or self care.  The things that can be put off in other words.  But until we stop doing them,  we don’t realise how important they are.

And another thing we don’t factor in is the sense of frustration and confusion we feel at not being able to get everything done. (Or done as well as I would have liked, should I say).

When did we start putting so much pressure on ourselves?

We all know that we can’t do everything all the time, and we know that we “have to be a bit kinder to ourselves”.  This is exactly what we’d say if we were talking to a friend. But doesn’t that make you want to throw up when you’re saying it to yourself?!

Its often much more difficult to take our own advice, for sure.

But this is where the change happens.  When we push through or make changes.  When we notice the pressure and actually do something about it, rather than let it go on until something gives.  Usually it’s us, falling into a heap or quitting.

So if you’re struggling to find that balance, stick with it. And know that this is part of the process.  It isn’t the just the end point that matters, it also matters how we got there. And stayed (hopefully) sane and resilient.

We can do hard things friends, and we can do them whilst being kind to ourselves too!

Photo by Green Chameleon on Unsplash 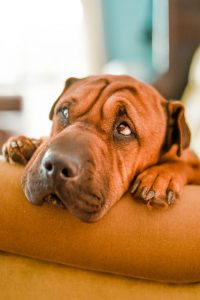 Apparently tomorrow is ‘Blue Monday’.  A phrase coined to describe the midpoint in January where we should all be feeling a bit meh.  Like we’re given permission to feel like crap.  Gee thanks.

However, the factors involved in this descriptor are based around some pretty innocuous things such as;

“It’s Monday, and everyone hates Mondays”.  Not entirely true. If you woke up next to the love of your life who brought you tea and almond croissant in bed,  then your Monday could be starting pretty well.

”It’s cold and dark and ruddy freezing”.   Yeah, it’s Winter. Not everyone hates it. And we get through several more miserable weather Mondays in December, or February.

”It’s ages until payday”.  We reach a midpoint of every month, so we should be used to the length of time between paychecks by now. Of course, we all have times where our finances have been stretched a bit too far,  but generally we know how much we have coming in and how much needs to go out, and we can plan from there.

In other words, there are a stream of reasons given as to why people should dread this time of year.  But when we look at those reasons and start to question how true they are, we may actually find that those same excuses could be used at other times, rather than pinpointing why one particular day is so special.

Isn’t this also true when we’re trying to look for reasons not to do something, or thinking of ways that something won’t work.  In other words, if you look for a reason to be blue, then you’re likely to find one.  But that doesn’t make it true.

And sometimes it’s easier to give off an excuse, rather than look at our own shortcomings.  Because that might involve some work.  Or we might find that actually we could be productive or successful at something, but right now we’re just too lazy or unmotivated to try.  Ouch, right?

So next time you notice that your thoughts or language are veering towards doom and gloom, ask yourself ‘how true is this really?’.  And if those thoughts are stemming from the noise that surrounds you, consider whether you want to listen to it.

Be brave enough to ask yourself the uncomfortable questions.  And certainly don’t allow other people to dull your mood, life’s challenging enough!

However your Monday turns out…just don’t call it blue.

Photo by Sophie Elvis on Unsplash 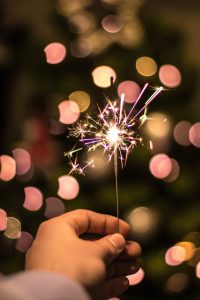 What will light your spark this year?

You may still be working your way through the remnants of the Christmas chocs, and haven’t got a clue what you want this year to hold.  Often we don’t.

We might have vague plans or ideas of what we want to do (or need to do!).  And that’s absolutely fine. Give yourself a break if you have got everything mapped out.

One idea I really like is the yearly list that writer Gretchen Rubin advocates.  The plan is that you write a list of 22 things for 2022.  This can be as big or as little as you want, and it can be a mixture of really important ‘must dos’ and fun things too.

It like a mini bucket list, with some accountability thrown in.   It can be a good place to start if we want to get more organised.  You might want to add a month or year next to each item.  Or get specific things booked in your diary now.

And if you’re struggling with getting motivated, try a couple of the fun ones first and feel the flutter of achievement as you tick them off as done.  Or book something fun in after you’ve completed one of the more challenging ones (love a bit of habit stacking!).

Whatever you choose, I hope that this year sparks more creativity and fun in your days.

Photo by Wout Vanacker on Unsplash 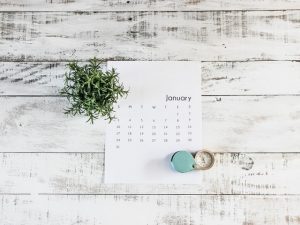 Firstly, Happy New Year to you all!  It’s that time when we sincerely wish each other all the best for the coming 12 months.  And you may be feeling some trepidation about what’s in store, after the last two years.

Here are some ideas of how to have a happier new year.

Firstly, take stock of how the last twelve months have been for you.  For lots of us, 2021 was another challenging year and the thought of turning the calendar page may be welcome.

But if we’re feeling uncertain or anxious about the future, it can be helpful to give a few moments thought to remind ourselves what we’ve gone through.

Secondly, be patient with where you are right now.  New Year is traditionally a time for resolutions and goals, but if you’re feeling depleted and exhausted, then this isn’t the time to make any life changing decisions or set yourself huge challenges.

If you know that there are some changes you want to make in the coming year, start to think about what that might look like.  Why are you wanting to make those changes? How do you want to feel? Focussing on the general ‘big picture’ can help to clarify our goals.  For example, if you’re feeling really frustrated and stuck at work, do you need a new challenge or project rather than making a career change.  Or could you investigate starting a potentially profitable hobby or side hustle whilst you’re still working, to test out how your idea of being your own boss would feel.

Starting small is a good way to go at this time of year.  It’s a lot less pressure than going all-out on something, and you’ll still be making progress.

Likewise if you want to make some lifestyle changes, such as exercising more or eating healthier.  Start by making small incremental changes each week, commit to doing 15mins exercise a day for example, so that you get in the habit of working out at a certain time and then increase it gradually.

It’s estimated that up to 80% of New Years resolutions fail, and that is mainly due by people trying to do too much too soon, and becoming despondent when they can stick to the strict routine or cut things out too quickly.

Taking some time during January to get really clear on how you want to feel by 31st December this year, can help to cement that vision and give you the motivation to get started. And keep going.

Be good to yourself this year, there are still 11 months left to fulfil those New Year wishes!

Photo by Debby Hudson on Unsplash