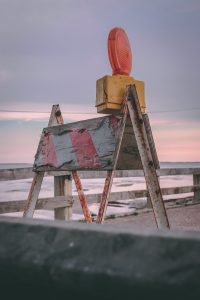 I was speaking to a colleague the other day who has been given a redundancy notice, and after getting over the initial shock and anger, he’s now starting to make plans and is thinking of his options for the future.  Part of his own reflections were that despite this being a really rubbish time, it’s given him the chance to revisit some goals and ambitions that had been put on the back-burner for too long.

When you are in the thick of building a career, or even just getting the bills paid each month, it is easy to just keep your head down and get on with it. And all those goals that you had in the first days and weeks of your job start to fizzle out. Either you lose your focus or you realise that there are just too many roadblocks getting in the way, and it’s easy to get disheartened.

Sometimes it’s not until we have a big moment that shakes us up, like redundancy, or a situation that someone else is in control of, that you realise how much time has drifted, and the things you wanted to achieve and were passionate about, aren’t on the agenda any more. It is very easy to put goals on hold when there is so much other stuff going on – other things which are important, but they could also be the very things that are keeping you stuck.

And this all got me thinking about where I’ve been putting blocks up to my own goals. The thought of putting time and energy into activities at the weekend after a really long, stressy week is a killer for me – of course I’d much rather chill on the sofa, but would that get me to where I want to be?  Or drifting off course with a healthy eating or exercise plan, because I haven’t got the energy to get up a bit earlier in the mornings, or I get so busy rushing around that I forget to write a meal plan for the week and end up eating (unhealthy options!) on the go.

I’ve decided it’s time to hold myself accountable for making sure that I don’t let life, or more to the point, myself, get in the way of achieving the really important stuff. I don’t want to turn around in a years’ time and think, I wish I’d put more energy into that goal instead of wasting my weekends ‘chilling’. It’s time to stop getting in my own damn way!!