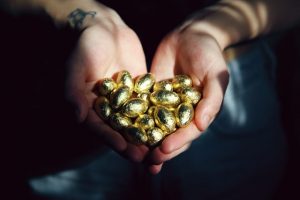 I love this quote from Katie Rollins so much, I could have just left it there.  Because it pretty much says it all.

Life throws us enough curveballs without having to deal with bad energy.  From ourselves or other people.

And the energy that we give out, and with which we approach our interactions, will always influence the outcome in some way.

Rule number 1:  Own Your Own Shit

We all have a responsibility to be aware of how we show up.

If we’re approaching life with an expectation to be hurt, disappointed or let down, then we may as well just welcome it in.  Because it’s likely that this is what we’ll get.

If we’re not giving our best effort – to ourselves as much as others – then we’re doing ourselves a disservice by restricting our opportunities to be happy, to have fulfilling lives and meaningful relationships.

And if our energy is low because we’re not taking care of ourselves, physically and mentally, then it’s going to be hard to exert positive influence and energy when we’re out in the world.

There are some situations that you just know are going to be tricky before you even step into the  room.  Difficult conversations, setting boundaries, calling out other people’s bullshit.  We know we might already be on the back foot if we’re dealing with this sort of scenario.

So how do you approach someone if you’re already expecting a negative response?

Well, you could take the ‘rise above it’ or ‘be the bigger person’ line.  But I always sense a slight sense of arrogance or entitlement when I hear people saying things like this.

Because :newsflash: It isn’t all about you.

Neither does it mean having an opinion better than someone else’s.  And it certainly doesn’t involve discounting the other person’s experience.

There is a fine balance between exerting your influence, and thinking your better than the other people in the room.  Because you don’t know what’s behind someone else’s behaviour.

If someone often presents as challenging or negative, it doesn’t mean that they are automatically a bad person.  They could have insecurities or hang-ups that they are trying to mask, or maybe they’ve learnt to use aggression or pass-agg, as a defence mechanism.  You’ll see this a lot in work situations, especially where people are in positions of authority but don’t necessarily feel they belong there.

Here’s some tips that can help if you need to inject a bit of calm or perspective into your interactions with others:

Be aware of the energy you’re bringing to a situation.   If you’re walking into a situation and it already has your back up before you begin, you might not even be aware of it.  Expecting a battle (even subconsciously) can put you on the defensive before you even start.  Take a breath, practice what you want to say to get your point across, and try and include factual rather than emotional language.

Be conscious that you might not know the full story.  Try not to make assumptions about people, especially if they’re being difficult or negative.  If they are disrespecting you, of course you can stand up for yourself.  But if it’s not personal, don’t take it personally.

Know your limits.  Be aware of how much energy you have to give something.  If you’re passionate and want to jump headfirst into a project, then great.  But if you’re not feeling it, or you have other demands on your time, be honest.  There’s nothing worse than half-hearted effort.  You won’t enjoy yourself, and other people will pick up on it too.

Be willing to walk away.  There will always be another job, friend, relationship etc.  If you find that a situation or relationship has run its course, then be brave enough to leave.  Staying anywhere where you don’t belong is the quickest confidence-crusher ever.  And it will do more harm than good in the longer term.  You might have all sorts of doubts and fears, but you owe it to yourself to be happy.